Not since the RMS Titanic sank on its maiden voyage has a luxury product rollout gone so tragically wrong. Seventeen people were killed in Bliss Panerotic's opening-weekend disaster last year, with hundreds more injured. Some claimed it was God's vengeance against a flesh pit of sexual decadence. Around the world, millions of swingers and polyamorists quietly go about their business as they have for most of a century, living it up in their nonconformist lives with nary a lightning bolt from heaven in sight. Yet it's hard not to see the Bliss Panerotic adult theme park as a target when reminded of news graphics like the one shown below.

The devastation, of course, was unforgettable. 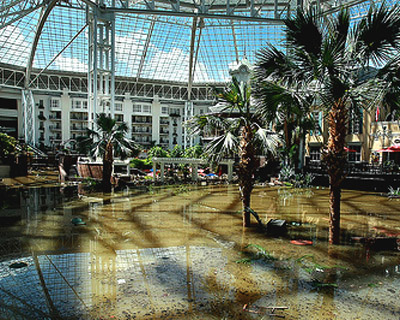 Commissary pavilion near the Grand Entry in Zone 2 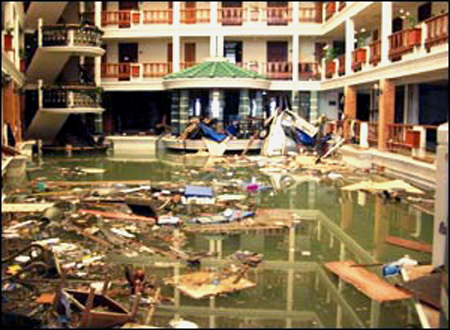 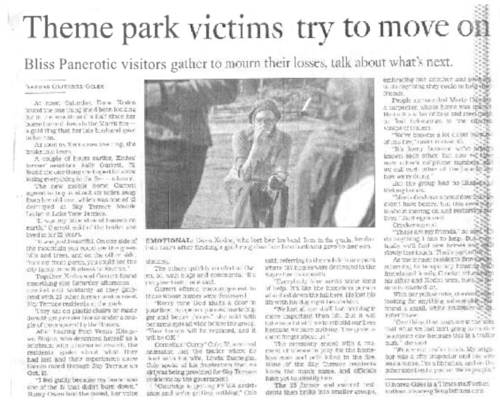 I'm using this space to remind you of all that sadness, but I want you to know that Mr. Klein's Wild Ride isn't the story of a tragedy. It's the story of a dream, a dream deferred perhaps, but a wonderful dream all the same. It's the enriching dream of sexual enjoyment, boundless and saved from puritanical repression. It's the dream of a woman who declared of Bliss Panerotic, "It’s not empowerment, it’s the presumption of power. The taking of power. It’s me owning my power." It's the dream of a man who reminded us all to get naked and see what happens. Above all, it was the dream of thousands of park visitors, who swarmed to a rocky island off the coast of California in pursuit of their bliss. My book is a tribute to the freedom they envisioned. 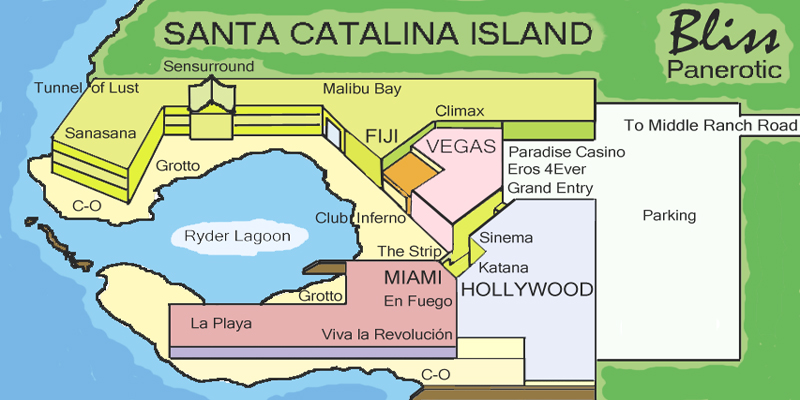