The picture below was taken by Gretchen Phillips at Charlie's Bar & Grill in Olympia after Laughing Stock's opening night. It includes much of the cast and crew of our show, plus friends and family. There's Amanda, for example, checking her phone after four failed attempts at taking the picture. 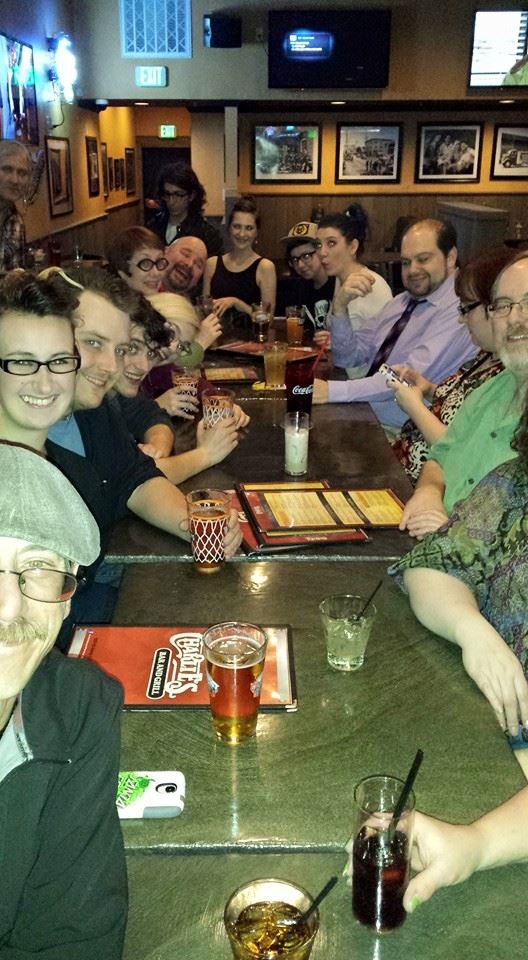 Something about that photo nagged at me. It seemed familiar to me somehow, as did much of the experience of putting this show together. Suddenly it dawned on me: it reminded me of the picture below, taken almost 22 years earlier. 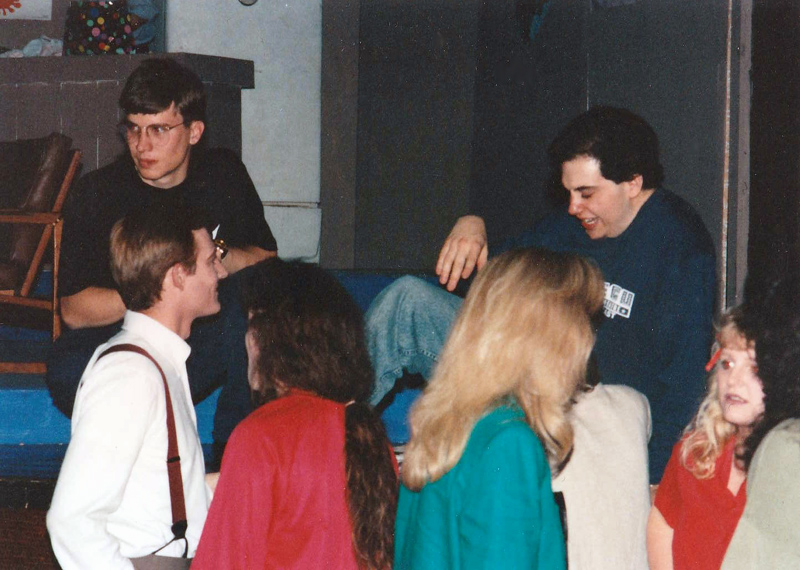 Opening night for The Boys Next Door at ECU, spring of 1993

That photo was taken by, I think, my mom, the night we opened The Boys Next Door at ECU. I didn't know it then, but the blonde with the red-eye at lower right would soon be my sister-in-law. (She also played the adorable "Sheila" in Boys.) The Boys Next Door was the first full-length show I ever directed, and, like this new show, Laughing Stock, it was a smash hit right out of the gate. Both featured huge laughs that set up more sentimental moments. Both benefited from friendships I made in the five years before while introducing me to talented strangers. I set both shows in 1993. And when all is said and done, I'll have enormous pride in both.

Laughing Stock sold out its entire opening weekend. That never happens in theatre, at OLT or anywhere else. Tickets are selling fast for the remainder of our four-week run. I love my cast and crew; we've been through a lot together. Being involved with Laughing Stock, a show I consider theirs as much as mine, has filled me with a sense of grateful accomplishment and joy matched by few other recent career developments. If you live anywhere close, I do hope you'll make plans to see it. I'll be there Saturday and probably at least one more time during the course of the run. For ticket information, please visit OLT's website [3] or call Brown Paper Tickets at 1-800-838-3006. This show is turning into something of a phenomenon. I'd hate for you to miss it, not for my own aggrandizement at this point, but because I know how much you'll enjoy it. It takes me back to a place and time when I came into ECU's drama department thinking the only thing that mattered was self-expression...then came out five years later with a new lifelong family. This show represents my family album. Perhaps it's yours, too. 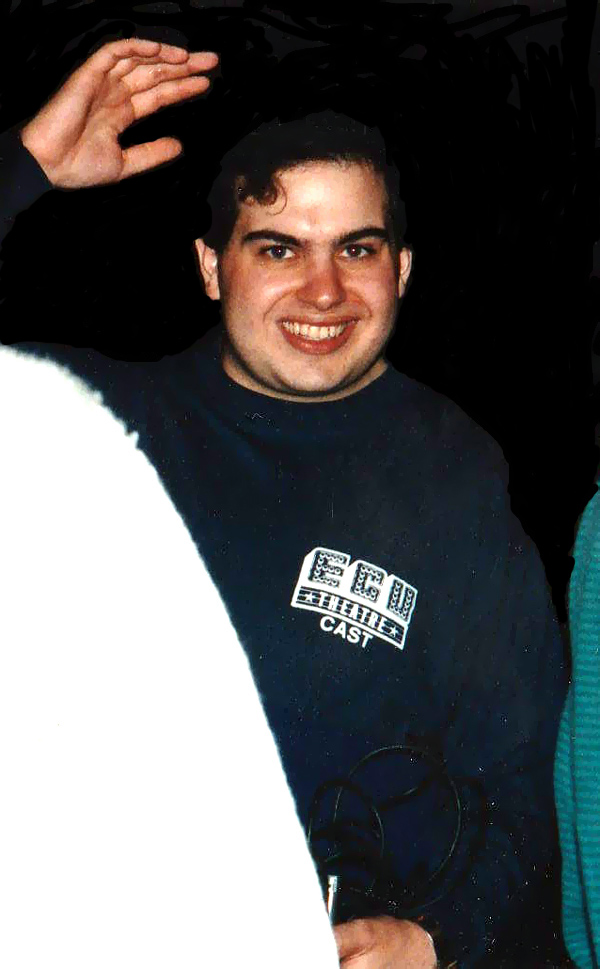 Opening night of The Boys Next Door at ECU, 1993

Note the shirt I'm wearing in these ECU photos. The night of first read-through on Laughing Stock, I decided to wear a shirt I owned in 1993. I dug this one out of a drawer and put it on. I believe it's the only such garment I still own. Imagine my surprise when I realized, just last that week, that I wore it to The Boys Next Door all those many years ago. Our lives carry echoes. Those peak moments follow us down through the years.