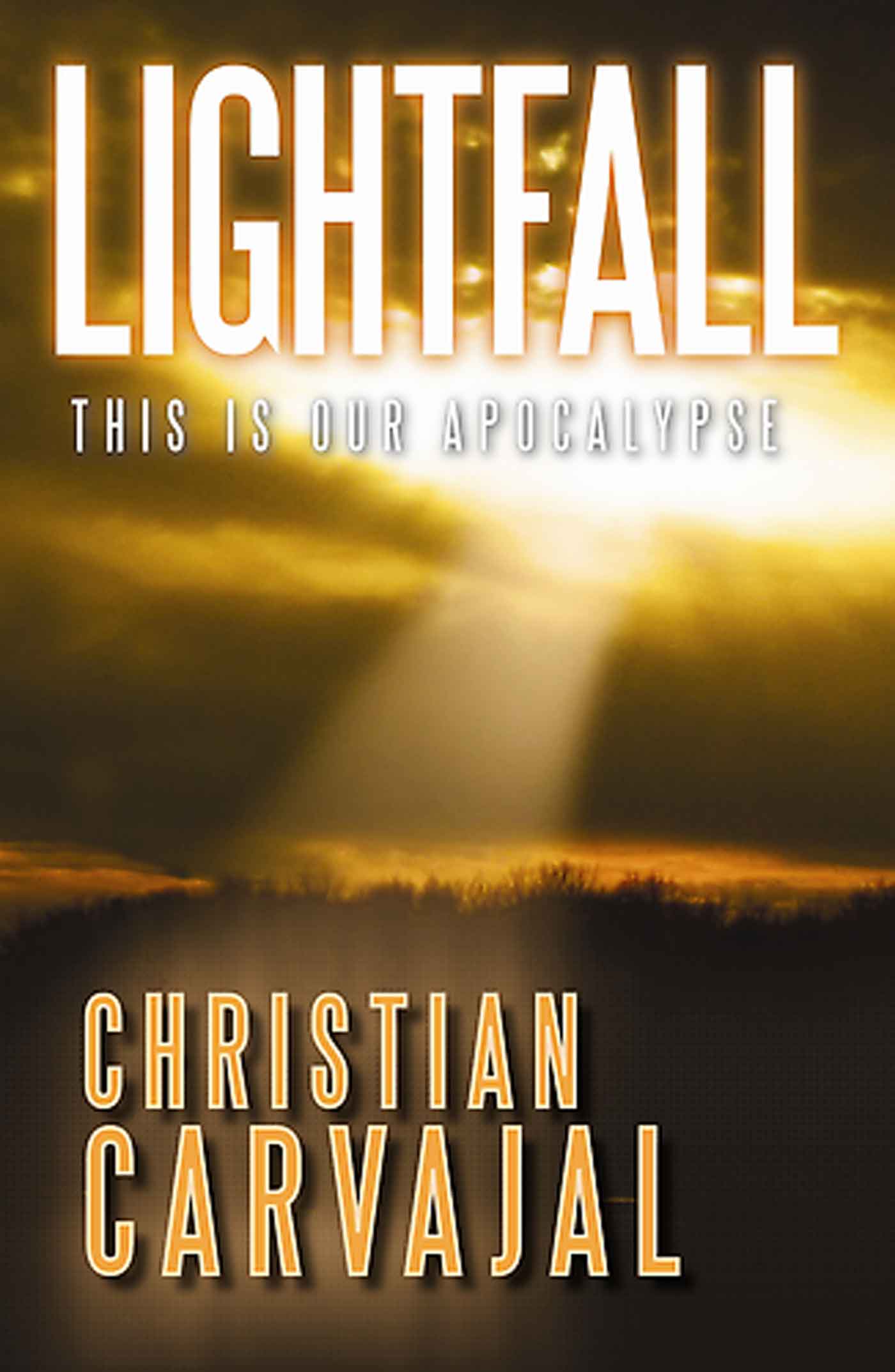 I've been busy this summer, and finally, I get say how.

On first publication in November of 2009, my "satirical, secular" novel Lightfall enjoyed a brief flurry of popularity and reached the (admittedly minor) summit of local sales charts. We were all very excited about that. Unfortunately, fall 2009 was also the beginning of the Great Recession, which didn't help anyone. Original publisher Fear Nought was unable to secure a much-needed loan when its primary business, commercial web design, went south. Consequently, though its books were beautiful products that sold well in the South Sound, there was no money to put up a national ad campaign or attract major distribution channels. Fear Nought shut its doors by April Fools' Day 2010. And that, or so we thought, was the end of Lightfall.

Almost five years later, I set up a meeting with Fear Nought's owners to discuss my book's future. I still like the book, and it irked me that I'd spent numerous weekends recording an audio version only to have it tied up in contract disagreements. Luckily for me, the owners were in a mood to sell, having paid five years' rent to keep thousands of copies in storage. We cut a fair deal, and I walked away with all rights to Lightfall and its cover art, full ownership of its web presence, and, much to my surprise, a portable disc drive containing what I thought were completed audiobook files.

I rolled the dice and attempted to submit the audiobook to ACX after listening to just a few minutes. That was stupid, I realize now. The files weren't in great condition, with editing artifacts at either end of each disc and a lot of unnecessary recording noise throughout. ACX rightly rejected the submission. I spent the next week re-editing each disc. This accomplished two things. First, it yielded a much-higher-quality product than what you would've received had the initial submission gone through. Second, it gave me a chance to listen to the files for the first time since I read them in producer Andy Kahn's in-home studio. I heard myself performing every character voice, even the female characters, and felt chills down my spine. I'll be damned, I thought. This is really good. I love audiobooks, and this is one of my favorites. I grew excited at the opportunity to share my work, both as a writer and reader/actor, after what feels like an eternity away from Sugar Roses, Oklahoma.

As some of you know, I've been acting since I was seven years old. Well, that means I've been doing this for close to three decades. Uh, four. Sorry. I meant four. And since Lightfall hit shelves, I've taught myself audiobook production as a reader for ACX. That experience paid off fully in this project. Once the new files were accepted by ACX, the audio edition of Lightfall was prepped for sale on Audible, Amazon, and other national vendors. In some ways, this is the national debut of Lightfall, and it's about damn time.

Meanwhile, a friend and fellow author, Ned Hayes [2], was kind enough to instigate a dialogue between his publisher, Campanile Books, and me. I loved what Campanile did with Ned's excellent medieval mystery Sinful Folk [3], so I was thrilled when the company expressed interest in overseeing distribution of Lightfall. Within a few weeks, that note on Amazon that claims "Only 1 left in stock" will be history. So look: I know a lot of you have already bought and, one hopes, read Lightfall in hardcover. I appreciate that, perhaps more than you realize. I was devastated when the Fear Nought arrangement fell apart, having labored for decades to secure a real publisher. The only thing that cheered me about the debacle was hearing someone say, "Hey, I read your book!" or seeing it on his or her household bookshelf. But let's be real, we were all broke in fall of 2009, so it's possible you had to let this one slide. In the meantime, my work in The Weekly Volcano and on CreativeColloquy.com [4] has attracted new readers, who may never have had the chance to read my novel. Well, now you have that chance. And if, over the years, you've enjoyed any of my acting projects, then I hope you'll understand what I bring to the table when performing work as personal as my own debut novel.

Since you may not have experienced Lightfall in the past, I suppose I should tell you about it briefly now. It's set in a town of my own invention, Sugar Roses, in the Garvin County, Oklahoma buckle of the American Bible Belt. When the town is beset by a series of eerie phenomena including shared audio hallucinations and roadkill come back to life, its residents automatically assume the Baptist Rapture is at hand. It was among my goals for the book to paint a broad picture of the town, with the first-person perspective shifting frequently from a cynical college professor to a mentally challenged man to an underemployed Latina to a little girl to a young woman dealing with an unplanned pregnancy and so on. As in the movies Amores Perrors and Crash, these disparate stories converge at a fateful confrontation just outside Sugar Roses General Hospital...with only minutes to go before what I call the Lightfall. Is it the Rapture? Is it a mass hallucination? Or is it...well, I guess you'll just have to read (or listen to) the book in order to find out. Plus, and I don't think I'm giving myself too much credit here, it's both inspiring and laugh-out-loud funny. In fact it's funny deliberately, which is more than you can say about the Left Behind books or movies.

So here's how you can get it: on the right side of this page are a number of links. They point to the hardcover edition (now backed by Campanile), several ebook editions, and the audio version on Audible. ACX and Audible set the price, but please note that Audible offers the book FREE if you set up a new account. Trust me, this thing cost me more money than I'll ever see from it; I'm just happy to get it out there. I'm calling Halloween the official release date, but you can order as soon as this goes online. This is a big day for me.

Other big days are coming. If you'd like a taste of my acting ability before ordering Lightfall, check me out October 24 and 25 at Lakewood Playhouse [5] in Lakewood, Washington. That company produces a live presentation of radio drama each October, and this year it's an episode of Lights Out (a 1950s sci-fi radio series) followed by a new adaptation of The Strange Case of Dr. Jekyll and Mr. Hyde. Hey, guess who's playing the dual title role?

As for my fiction writing, I wrote my first horror story, "Silver," after a vacation in Paris (a breathtaking city I found anything but horrifying). That story has proven enormously popular; so much so, in fact, that it'll appear in two anthologies rolling out over the next few weeks. It's in Creative Colloquy's first print edition (check their website for updates) and a horror anthology, Disquiet [6] (produced by Kevin Wright). Watch for a link to the former as it becomes available.

So this, once again, is our apocalypse. It really is ours, Gentle Reader, after all you and I have been through together. Spread the word. Tell your friends about the book and this author site. (Now with a free crossword puzzle!) Happy reading...or listening!